Join us in the City of Brotherly Love to experience first-hand what it takes to become a veterinarian.

Important Note: Penn Vet has informed us that they will not be able to host the NSLC on campus this summer. The lab spaces typically held for the NSLC and professors who have participated in the program will be unavailable for the summer of 2023. Therefore, we have cancelled this year’s programs taking place at Penn Vet. 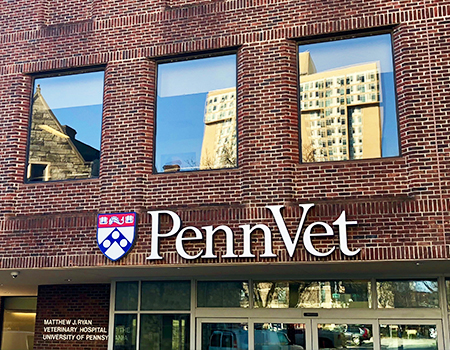 Founded in 1884
Penn Vet is one of the world’s premier veterinary schools.

A leader in the field
Penn Vet has led the way in such areas as infectious disease research, germ cell biology, animal transgenesis, comparative oncology, and comparative medical genetics.

From humans to animals
Penn Vet is the only veterinary school in the nation that originated within a medical school.

An important part of the NSLC is seeing the sites around some of our nation’s greatest cities. These trips are designed as both sightseeing tours and exclusive educational trips specifically tailored to your area of study.

These trips may include:

Don't have an NSLC ID? Create one now.